Last week, the CIA issued a warning against Huawei, claiming that they had received funding from China’s intelligence wing. This comes after the Canadian authorities’ arrest of the company’s CFO and Australia issuing an outright ban on their 5G technology. The actions illustrate a clear distrust of Huawei networking equipment and other devices 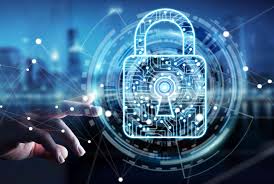 For those of us concerned with information security, whether or not these allegations are true or not is inconsequential. The fact that they could be true is enough to take precautions and assume the hardware over which our data travels could be compromised, whether by a hardware vendor, network operator, or otherwise. After all security is not about hoping for the best-case scenario, but rather preparing for all eventualities. It is a wild, wild world out there for data traversing the Internet, and there is a non-zero probability that sensitive data will come into contact with prying eyes somewhere along the way.

Consider an email gathering its bytes on a mobile device, getting ready to embark on the lightspeed journey to its far-away recipient. Stepping off the device, its packet is shot over radio waves, zigzagging the Internet with the possibility of coming into contact with all kinds of nefarious characters such as spoofed cell towers, compromised network switch hardware, packet sniffers, man-in-the-middle software, TLS downgrades, unpatched firewalls, and unsafe DNS servers. When the email finally arrives at its destination, if it has somehow navigated across the web without getting logged, copied, modified, or rerouted, it pops into the inbox of its intended recipient where it now faces dangers of locally running malware, unencrypted backups, user error, and physical device theft. Worst of all, the email and its sensitive information is totally at the mercy of these potential dangers. Once it leaves its origination point, it has no way to detect an attack, change its route, call for help, or invoke a defense mechanism. The only hope of ensuring safe delivery is end-to-end encryption; so that even if its treacherous journey leads it along the path of shady actors, the information remains secure, gibberish to those who attempt to access it in transit. Of course, when it arrives at its destination, the data at rest in the recipient inbox must also be encrypted so that even if the device is stolen or otherwise compromised, the contents of the email remain safe and unreadable to attackers.

Given all the potential dangers, pressing send can be scary. As businesses, we can’t control the route our sensitive data takes over the Internet, but we can ensure it stays protected along the way. Implementing a Secure Systems by SyncDog container across the organization does just that.

Emails, file sharing, and other communication between co-workers stays secure and protected across any network or device. It doesn’t matter whether a hardware vendor, government entity, or 16-year old wannabe hacker is watching, we can be confident our information is safe. Pressing send doesn’t have to be scary, as long as you are protected by Secure Systems.